Argentine player Sabaletta, who has announced his retirement, talked about his retirement and Messi and other topics in an interview. He said: "Messi is the best in the world, football owes him a national team championship. 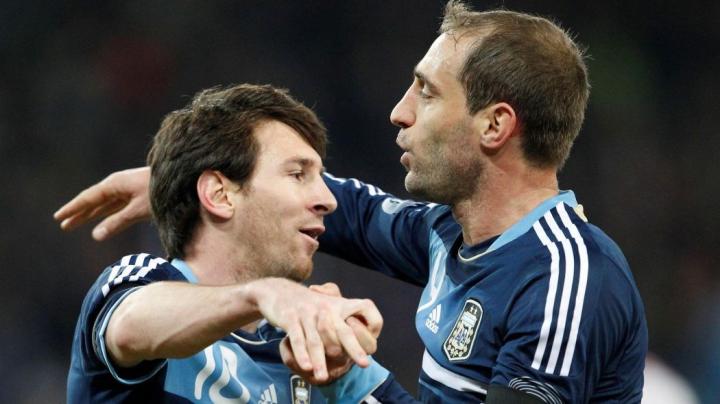 "It is always possible to retire, and I am waiting for the opportunity to have a different experience elsewhere. But I don't want my family to move too much. The epidemic eventually forced me to make a decision."

"This is a good ending. It makes up for my bad feeling of retiring because of the epidemic."

"I don't have any regrets, because all the decisions I make, I do it wholeheartedly, because this is football."

"I have never reserved anything to myself. I have been working hard to make every experience more fulfilling."

"I started with him in the youth team. We won the South American game and the Youth World Cup. We also won the gold medal in China."

"But we didn't win the important matches of the adult national team together. Our generation has worked hard for many years. The only thing that can make you crowned is the trophy."

"We missed the championship three times in a row, those bad penalties and overtime against Germany. We were not so lucky."

"The U20 coach took him to the Ezeiza Stadium in Colombia and we were surprised by his ability to escape."

"I remember the friendly match against Paraguay. He scored a good goal. We all opened our mouths in surprise. He became the best player in the America's Cup and the World Cup."

"Then, when I went to the city of Barcelona to play football, we became better friends."

"Since Rijkaard put him in the first team training, his growth as a player has been amazing."

"He is the leader of this generation. He is the best player in history."

"It's hard for me to imagine that he will go elsewhere. I am surprised by what happened."

"I never thought that after so many years of contact between Messi and Barcelona, ​​I would face such a situation."

"But all personal decisions exist for a reason, and only he knows."

"If he stays at Barcelona, ​​he will give everything as always. Because of his presence, Barcelona will continue to maintain a strong strength. When Messi does not play, this team is very bad."

"I hope he will not leave. I think he and his family feel comfortable here."

"He himself said what this decision means to everyone. Maybe one day he will wear Old Newell's jersey. I don't know."

"Football owes Messi a championship at the national team level. He will strive for the championship on a personal level. This is his wish."

"But it won't change who is the best. He is still the best player. I hope to see him win the championship in the national team."