In the Bundesliga opener, Schalke 04 was a guest to challenge Bayern Munich. In the face of the fierce offensive of the new Champions League champions, Schalke can be said to be helpless throughout the game. The space behind the fragile line of defense was repeatedly used, and the team swallowed a disastrous defeat without any suspense. In the end, Schalke 04 lost to Bayern Munich 0:8. 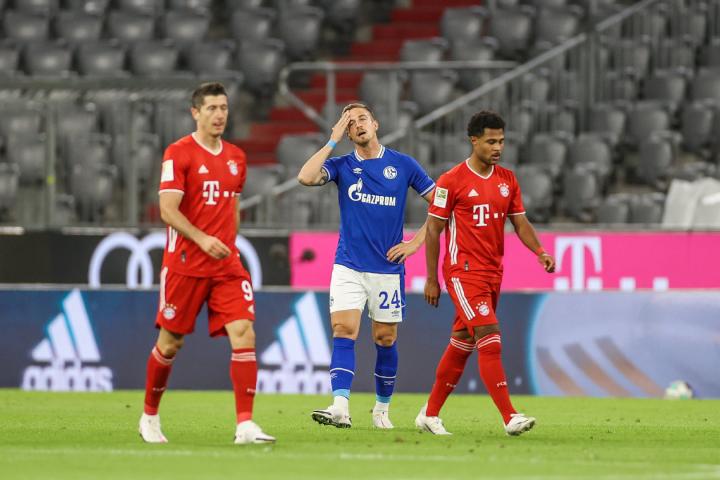 After trying the 4132 formation in the first few warm-up matches, Wagner determined the main frame of the parallel 442 in the last few warm-up matches. Ben Taleb and Stan Paoli form a midfield midfield combination. One is more responsible for attacking forward long passes, and the other is mainly responsible for defensive interception. The two have a clear division of labor, the midfield is relatively well sorted, and the team also won two consecutive warm-up matches. However, the shortage of personnel at the central defender position forced this newly established midfielder to reorganize. Sane has not yet returned to the team, Nastasic was injured in the warm-up match, Stan Paoli must retreat to the left center back position.

Too aggressive and high-pressure forcing, let Schalke suffer. In the opening phase of the first and second halves, Schalke carried out a relatively high-intensity press against Bayern players. For example, this time Sane held the ball near the corner of Bayern's penalty area. Counting right back Rudy, he was surrounded by five Schalke players trying to encircle him. The two forwards in the 442 and the two midfielders to the right all pressed into this area.

Such high pressure is a gamble. If it can be grabbed, then the local number advantage allows Schalke to cooperate with the collapse of Bayern's defense. But once the encirclement fails and Bayern succeeds in picking the ball out, then as long as a long pass, they can directly hit the weak opening of Schalke's backcourt. In this attack at the beginning of the second half, there were 7 Schalke players on the screen. In order to maintain a moderate distance between the lines, although it does not appear in the picture, Stan Bowley, Kabak and Rudy must also precondition. However, under the pressure of the Bayern defender, Paxencia failed to control the ball, and Bayern took the ball out of it with three consecutive cooperation. At one point, Schalke had no defensive players other than Ferman in his own half, but Bayern's offensive players. Stan Bowley's shovel did not solve the problem. After entering the penalty area, Rudy didn't dare to move. Although Sane failed to waded through Fairman, Gnabry made the ball in. After three goals changed to four goals behind, Schalke was hit again.

Schalke's first few warm-up games were not ideal, and even consecutive losses to the German and C teams appeared. They have a lot to do with Stan Paoli-Kabak, the central defender combination. Stan Bowley's physical function continued to decline after the injury, and the grabbing was basically a one-shot deal. Kabak, who was supposed to protect the space behind him, is a bit frizzy and lacks focus on the defensive end.

This time it was Bayern attacking from the right, Sane cut inside near the penalty area. Stan Bowley moved to the left near the corner of the penalty area, and the task of defending the center was given to Kabak. However, he seems to be unclear about where Lewand is the threat in the penalty area, focusing on Sane who is holding the ball, ignoring that Lewand has moved from behind him to in front of him. Lewand took the ball in the penalty area and turned around. After a whole set of actions, Kabak did not interfere with him personally. Fortunately, Lewand’s last bow and arrow shot was blocked by Stan Bowley.

The Bayern midfielder's pass caught Schalke's defense off guard. Gnabry, Sane and others have a strong impact. As long as they meet the midfielder, a reverse run can take advantage of the huge space behind the central defender. This time Kimmich sent a long pass and Gnabry quickly inserted it. Stan Bowley turned around and chased again, already struggling. Gnabry made another sudden stop and changed direction. Stan Bowley couldn't react in time and was swayed again, unable to give him close pressure, allowing Gnabry to complete a shot more easily. Lewand’s penalty also originated from behind the opponent’s straight line of defense. Kabak reluctantly brought down the outflanked Lewand.

The midfield partners of Stan Baoli and Ben Taleb in the previous warm-up match were not evenly positioned. Usually, Stan Bowley will be a little bit behind, to provide a point for the ball, and also to help share the pressure of some central defenders' frontal defense. However, Zelda, who is partnering with Ben Taleb, is more inclined to offense and has very limited protection on the defensive end. Not to mention Shepf, who replaced him. In this way, the one who was relatively late was Ben Taleb. He did a good job of passing the ball, but unfortunately he couldn't solve the problems of the central defender on the defensive level like Stan Bowley. Mistakes of the roof also appeared in the game. More often, he is in that position, who is relatively less defensive, and fails to provide more statistical contributions. 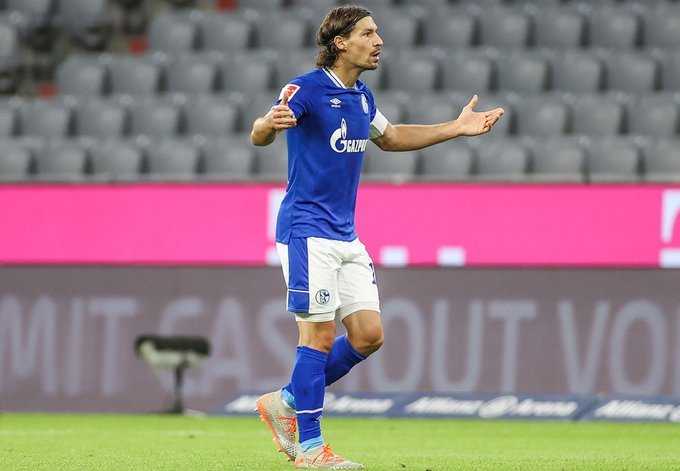 This is Ali's dribbling and the Bayern counterattack on the spot. Sane appeared between Rudy and Kabak at the far end. The distance between Stan Baoli and Kabak was slightly larger, and Ben Taleb could not fill the gap. Bayern hit the ground and successfully found Sane. He shook Fellman and passed the ball, and Lewand's outflank was blocked by the defender.

This time, Stan Bowley's forward interception was unsuccessful, and the right center back Kabak was forced to move to the left side of the penalty area to defend Lewandone with the ball. This time Kabak successfully restricted the turn of Lewanxiang in the middle, but there was still Bayern's contact point near the sideline. Look at Schalke's penalty zone at this time. Four defenders plus two central midfielders, one is quite a few, but they are all concentrated near the small penalty area.

When the defensive players, especially Ben Taleb and Zelda, returned to the penalty area, their attention was focused on Lewand and the Bayern players in the wide pass. As for Gretzka outside the arc of the penalty area, they didn't even get their attention. It must be admitted that Schalke's restrictions on Bayern players in the penalty area are relatively in place in this ball. Even after Mueller got the ball, Stan Bowley and Zelda quickly moved closer to him, limiting the angle at which he turned and hit the goal. But they can't do anything about returning this direction. When the central midfielder recovered into the penalty area, the wing midfielders and forwards failed to replenish their original positions. Judging from the broadcast camera, the Schalke player in the distance was standing in place, as if it had nothing to do with him. Gretzka has enough time to take aim at the angle and hit the ball into the blind spot.

0:8 defeated to Bayern Munich, Schalke 04 this season's Bundesliga first game is undoubtedly extremely dark. However, in the first five games of the Bundesliga, they will also have to face Leipzig and Dortmund, another two heavyweight battles. What results are achieved on such a team will determine to a large extent whether Schalke can turn the decline in the second half of last season in the new season and re-initiate an impact on European qualifications. But the fans want to wait until the team ends the embarrassing record of invincible Bundesliga across the season, I am afraid they have to push back.