Simone Sosa stood outside the flamenco training ground, hoping that the club would allow her to enter. She just wanted to walk to the parking lot and light a candle. On the evening of February 8th last year, Simone’s 15-year-old nephew Jorge Eduardo and 9 youth team teammates were killed in a fire near the parking lot-at the time, Flamenco used to serve for youth training players The temporary dormitory that provided accommodation was engulfed by the fire. 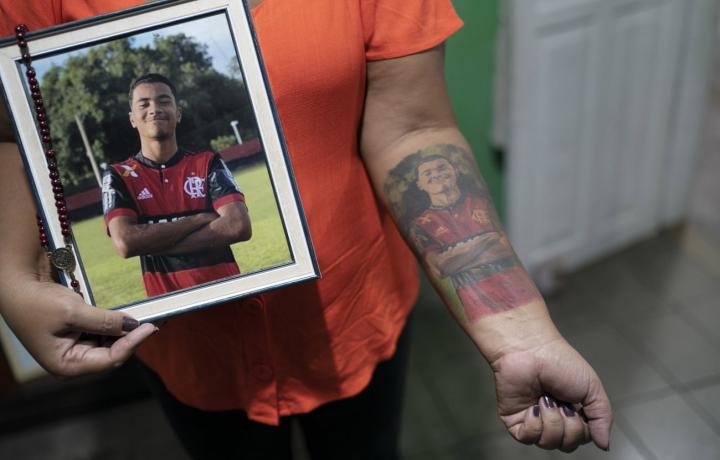 On the first anniversary of the accident, flamengo players and coaches paid tribute to the boys who were killed by the fire at the training ground. Simone wanted to do the same, but her request was denied. Security guards prevented her and the families of other victims from entering the training ground, leaving them to kneel on the side of the road and pray. In Brazil, this shocking and inhumane decision aroused widespread criticism.

The tragedy a year ago killed 10 flamenco youth players aged between 14 and 16, but to this day, only three victims’ families have reached a final compensation agreement with the club. In court, no one was responsible for the accident...Although Flamengo has achieved unprecedented success in the past year: winning the La Libertadores and Copa Libertadores, challenging Liverpool in the Club World Cup final, Financial performance also set a new record.

In fact, before the fire broke out, flamengo had been reminded of the safety of the temporary dormitories for youth training players. The boys sleep in a temporary dormitory built of shipping containers. The windows are very narrow and there is only one exit. The site only got permission to build a parking lot. Due to the lack of a safety certificate, Flamengo also received 31 fines issued by the local government of Rio de Janeiro.

On the night of February 8, 2019, an air-conditioning short circuit caused a fire, and the fire spread quickly, eventually killing 10 of the 26 youth players. "We only found the dead body inside." said a firefighter who was involved in the fire fighting at the time. "The place was completely engulfed by the fire."

Rio de Janeiro state prosecutors recommended that Flamengo and the families of the killed players reach an out-of-court settlement, including a one-time payment of 2 million Brazilian reals (approximately 3.12 million yuan) to each player’s family, and another monthly settlement. Pay 10,000 reais (about 15,000 yuan) until the victim reaches 45 years of age. This payment will not cause much burden on Flamengo’s financial situation. After all, Flamengo’s revenue in 2019 reached 857 million reais (approximately 1.339 billion yuan), setting a record for the Brazilian football club’s single-year revenue. The highest record. In the past 18 months, Flamengo has spent more than 200 million reais (about 312 million yuan) in the player transfer market. 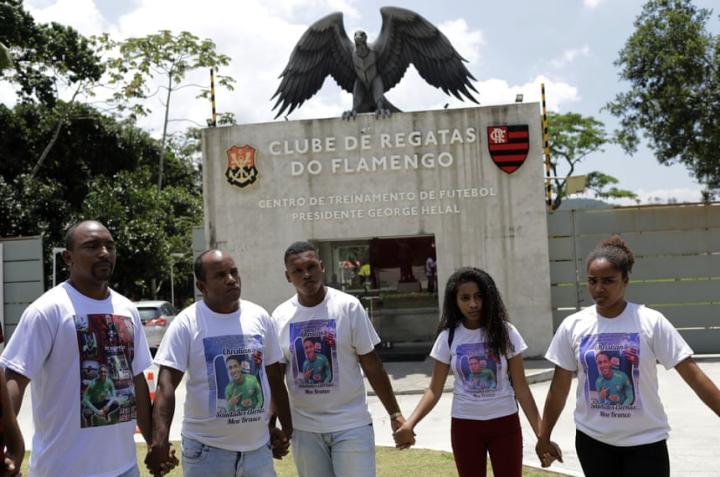 However, Flamengo was unwilling to pay compensation to the families of the killed players, but tried to bargain with them. Flamengo proposed to pay 400,000 reais (approximately 625,000 yuan) for each player’s family as a one-time compensation, plus a monthly payment of 998 reais (approximately 1,559 yuan) for the Brazilian minimum wage for ten consecutive years, but The proposal was immediately rejected.

So far, the families of three dead players have reached a settlement with the club. It is said that if they violate the confidentiality agreement, they will be fined 500,000 reais (about 780,000 yuan). But the families of the other seven killed players are still in a lawsuit against Flamenco. In December last year, the local court in Rio de Janeiro issued an order to Flamenco: Before the lawsuit is closed, Flamenco needs to pay the seven families 10,000 reais a month.

After the fire accident, Flamengo chairman Randym once said: “There is no doubt that this is the biggest tragedy that the club has experienced.” “For us, the top priority is to minimize the impact of the families of the players who died. The pain to endure". However, in the past year, Randym always avoided interviews as much as possible and did not attend a hearing in early February.

It is incredible that Randym criticized Simone Souza and the families of several other players who wanted to enter the club’s training ground on the first anniversary of the accident. "Why are they going there without knowing that they will meet the club in advance?" Randym said. He also accused the family members of the killed players of "making loud noises" in an attempt to attract the attention of the media... When the players' family members were kneeling on the side of the road, Randym was participating in an event organized by the club-Flamengo did not invite them to participate.

The next day, in a match where Flamengo defeated Madurera 2-0 at home, many fans paid tribute to the 10 youth players who died a year ago, and what Flamengo did after the tragedy. He expressed protest. After the game, Randym said in an interview with the TV station: "Flamengo cannot accept any absurd proposal made by the family of (the victim)." 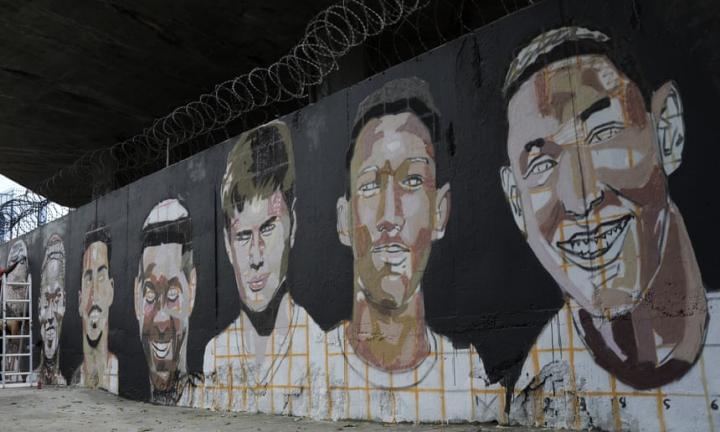 Flamengo is the football club with the largest number of fans in Brazil, but they have recently been widely condemned. In an article in "UOL Esporte", football journalist Pedro Ivo Almeida accused Flamengo of treating the family of players who have treated hard-to-treat players like "to the enemy". Carlos Eduardo Mansour also expressed a similar view in the Globe.

Flamengo mentioned the tragedy a year ago on the official Twitter, but a fan called on the club to "treat the families of the players in a more humane way, respect and care for them". Another fan wrote: "We want justice."

Fausto Silva is one of Brazil's most famous TV presenters, and he also condemned flamenco on Sunday night. "After the fire accident, the high-level flamenco behavior was very inappropriate and unacceptable. The problem is not money, because no amount of money can bring back the 10 children who lost their lives. The problem is flamenco. The treatment of the families of those in need is inhumane."

In response to Silva's criticism, Flamengo issued a statement accusing the TV host of "completely ignorant of the case." In his statement, Flamengo detailed a series of measures taken by the club after the deaths of 10 youth training players, including paying 10,000 reais to the families of the victims every month and one-time compensation for the players’ families. . According to Flamenco, the amount of compensation "reached many times the amount awarded by Brazilian courts in similar cases."

But on the second day, the families of the three killed players who had reached a settlement with the club said through their lawyers that Flamengo was spreading "misinformation." First of all, the amount of compensation for flamenco did not exceed several times the compensation received by victims of similar cases. Second, they also pointed out in the statement that the compensation was “not paid voluntarily by the club, but ordered by the court”.

In any case, the families of these dead players will continue to fight for justice.